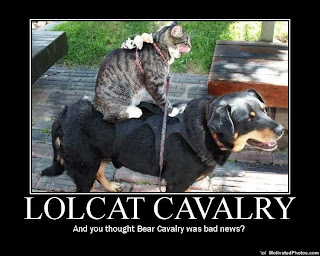 Kathlee and the manager arrived in the library. Butler was still acting nervous and suspicious.
Brooks had to ask permission for the family for her to stay. He had already sought and received it from Peacock (who tended to like to go along, since they lied and said Helen was okay with it and so he agreed), Margaret (who wanted to get the spotlight off her daughter). They thought they only needed two because if it were a tie, the trust administrator would be the tiebreaker and he was in their hands since he loved to visit because he loved the fame and he thought he was rainmaking. (Now he's dead. Earlier Elliot and Brooks were talking about some sort of plans regarding the lawyer and how they were damaged now that he was dead. It made them suspicious but now that's cleared up.) They assumed Mad and Helen would oppose, but are surprised because Mad is so star struck she agrees and Helen doesn't seem to care about anything anymore tonight.
I conducted my own investigation, sniffing the body, giving it a, shall we say, CAT scan. Elliot was following me around; it seemed that for once lighting conditions were favorable for filming me. Elliot tried to get a cop into the frame since he was wearing a black uniform, it would help balance the composition as well as lend a sense of urgency.
The cop ignored him and tried to catch me or chase me away from the crime scene. Of course, he was not fast enough, but he did prevent me from sniffing the deceased's face and mouth. [I want to remind readers of the chocolate.]
There was a conversation going on in the background. The other lawyer had come back. Now he wanted the exact cause of death. He was grilling the guys with the coroner van, delaying them, although they were not the people who would determine the cause of death. He wanted to know if they were sure that it was death from a fall. They pointed out sarcastically that he'd fallen down the stairs and his head was turned all the way around, exorcist style. The lawyer wanted to know if something else -- like cardiovascular disease, osteoporosis or even poisoning-- might have made him fall and thus contributed to his death. His firm had insured the lawyer and there was a double indemnity clause. That was the reason he wanted to know. [Blandings can later bloviate on the Tylenol murder case and its double indemnity clause.]
The paramedics were milling. There was nothing for them to do except wait for orders to leave. They were standing around in the hallway outside the library, talking softly among themselves. Madeleine started hyperventilating and they ignored her. Because they were there for a dead body, they didn't notice an emergency happening right in front of them. Blandings was standing around, seemingly lost in thought. Strange, he was usually so solicitous of the family. Under normal circumstances, he would have been telling us various bits of trivia about hyperventilation. He did other things to make himself suspicious. The lawyer had always been scornful to him, ever since the reality show filming began. I wonder how deep the cut went, the butler's movements were unaccounted for when the lawyer broke his neck. Actually, anyone could have pushed him down the stairs.
[I might change hyperventilation to fainting]
I meowed to try to get paramedics' attention. They walked into the library as if to help and I hoped onto the taboret table next to Madeleine. Then they continued to ignore her and started trying to pet me. Captain Peacock came in and finally got them to do something for Mad.
Pin It Now!