The Bride of Frankenstein goes on Dancing with the Stars! 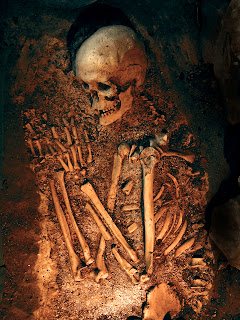 THE BRIDE DANCES WITH CELEBRITY

The pale woman's flowing white gown dragged across the marble floor. Her wiry black hair, bound up in a strange cone-like style, was shot through with two streaks of white which had been fashioned into lightning bolts. Outside, the lashing rain made the afternoon gray and dangerous. The woman lurched to the reception desk.
"Welcome to Forever Pretense, Los Angeles' Premier Beauty Destination!" the receptionist chirped. "How may I help you?"
"How beautifully dramatic!" the woman said conversationally, looking out the window. Lightning flashed, bright, as if someone had momentarily switched on a strobe light, and a clap of thunder shook the building. The customer smiled, exposing a collection of yellow teeth that seemed not to match each other. "The cruelest savage exhibition of nature at her worst!"
"It certainly is unusual to see weather like this inL.A.!" the receptionist agreed, her smile undimmed. "What can we do for you today?"
"I am here for a Transformation!" The woman raised her arm high and lighting struck as she spoke. Thunder rolled.
"Whew!" The receptionist leaned over and looked outside. "That sounded close!" She turned back to the customer. "A makeover, did you say? Wonderful! May I ask your name, please?" (click on "Read more" below to ....read more:)