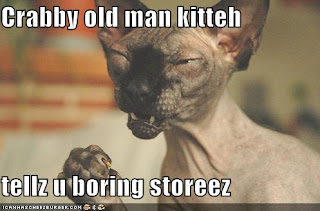 The Pastor of Freeland
Once upon a time, Abe, Ben, Cindy and Darla lived in the country of Freeland. They were all very happy because they were free. They were free because a lot of people lived and fought and died for their freedom.

One day, evil people from another country attacked Freeland in one cowardly, insane, devastating bloody blow that shocked the entire world. The people of Freeland were supremely pissed and bombed the shit out of two fairly random Middle Eastern countries for the next ten years. It was a measured response, all things considered.

On the ten-year anniversary of the attack, Abe was still angry, although Ben and Cindy had been inconvienienced in a very minor way by the two on-going wars and therefore wanted to "bring our troops home." Abe decided to show his anger by exercising his constitutionally-protected and God-given freedom of expression in an offensive manner.

"Stop!" Ben and Cindy shouted at Abe. "You mustn't use your freedom in an offensive manner! You must respect other people and be culturally sensitive. You must reign in your foolish freedom, because the people you will offend are brutal, ignorant violent savages and if you, as a Freelander, do something offensive, they will go crazy and kill people. Therefore, you have to respect them as we do!"

Abe scratched his head because that was a very long sentence and he was distracted by the voices in his head.

Darla stepped in. "Um, pick a rant, guys. Either they're ignorant savages or you respect them. You can't have both."

"Are you self aware at all?" Darla asked. "Or are you just saying that on reflex?"

Earl, a foreigner, tried to join the conversation. "Um, if you want to talk about being offensive, have you guys seen Freelandish reality TV? I'm just saying."

Abe, Ben, Cindy and Darla ignored Earl because he was a European and his opinion was therefore of no consequence. Ben addressed Darla. "If Abe exercises his freedom, somebody somewhere might get offended and kill an American soldier who is overseas risking death to defend Freeland's freedom! It's so wrong that Abe is free to do this!"

Earl scratched his chin. "That's not ironic at all. You Freelanders should definitely learn to curb your freedom if the issue is safety. Peace in our time! That's what we say in Europe. I mean, when we're not busy being overrun by Teutonic hordes because we're such a bunch of withering pansies. People should have the freedom to never feel offended. Maybe the next time you Freelanders fight a war on our behalf, you can try to establish that principle for us--"

Darla spoke over him. "Come on, Ben," she said. "This thing with Abe is just a made-up international media crap-storm. We've got 330 million people in Freeland and Abe is just one guy. If he exercises his rights in a legal but socially unacceptable manner, who actually cares? Anyway, it's his right. Like they say, I might not agree with his ideas, but I'll defend his right to express them."

"Huh," Cindy whispered, slowly coming out of her fugue state. "Maybe you're right. Abe's a jerk, but he's still got rights." Her voice grew stronger. "People are always telling us to be tolerant. Maybe we should be tolerant of Abe. Maybe...." A light came on in her eyes. "Maybe I should be more proud of being a Freelander and less proud of being a brainless, politically-correct, media-led sheep."

Ben put his arms over the women's shoulders. "You gals have convinced me. Freedom really isn't free! The battle for freedom is often fought among the outliers, on behalf of jerks like Abe. They're like the canaries in the coal mine. If we can keep freedom alive for them, we keep it alive for everyone." He smiled winningly. "Women sure have good ideas when it comes to politics. I'm glad we gave you the right to vote."

Cindy and Darla playfully punched him in the ribs. As Ben laughingly wheezed on the ground, Abe offered him his hand. "I guess I agree with all of you," Abe said. "I am a jerk." He shuffled his feet. "And I'm going to go ahead with my planned constitutionally-protected offensive conduct. I guess we all value freedom, each in our own way, some ways more eccentric than others." He gave them an awkward, awe-shucks grin. Cindy and Darla giggled.

Earl started to say, "Hey, it's great to see you Freelanders getting along," but Abe, Ben, Cindy and Darla had already left to drink beer and watch football. Pin It Now!