Short Story: The OTHER "Other White Meat"

The Other Other White Meat

The warriors were surprised when the European did not resist. Foundering in the jungle as he was, lost and alone, they still expected that he might fight when they rushed him, but instead he welcomed them as long lost friends.

The strange reaction disconcerted them, for they knew of another ghastly creature much like him, with the same revolting pale skin and uncanny light eyes. Both men were tall and very large, although the other man's size was due to his great mass of steel-like muscles, while this man, though of the same size, was of a different shape and jiggled. Still, could they be brethren? The other creature, the mighty Tarzan, was not one to cross. Almost, they decided to let the pale soft creature go. They turned from him.

The men turned back in surprise. Never had they heard an outsider address them in their own language. Surely a man who resembled the great Tarzan and who mysteriously spoke the language of tribe could have refuge and protection among them before he was returned, unharmed, to the nearest colonial settlement. Unfortunately, by a stroke of malignant fortune, "Tutut oll d'jum" was the deepest insult a person could say in their ancient tongue.

Screaming, they gathered the man up, and carried him on their shoulders to their village.


* * *
For his part, the Honorable Horace P. Whittaker III was surprised and pleased by the native's reception. They seemed unfriendly at first, and then seemed as if they were going to ignore him, but when he admonished them with a chiding remark, the chaps remembered themselves. In fact, they gave him a hero's welcome, carrying him triumphantly upon the shoulders of the cheering natives.

The Honorable Horace P. Whittaker III was carried past the bristling stockade that surrounded the village and protected it from wild animals and set before the great chief.

"I say, old man, jolly good of your people to rescue me," Horace said, along with many other friendly greetings as the chief looked at him impassively. Almost, Horace began to doubt his welcome, but then he saw the women hurrying to bring water and build a fire, obviously preparing for a feast in his honor. One venerable old woman came up to him and looked at him appraisingly. Then she returned to the fire and yelled at the younger women who, seemingly chagrined, glanced furtively at Horace and took away the huge cooking pot and replaced it with a larger one.

Horace turned back to the chief. Although the man was glaring at him, silent and seemingly incensed, was not the great feast proof of the simple primitives' good intentions? And now Horace perceived the chief's expression softening. Horace smiled his most ingratiating smile.


* * *
The chief stared at the babbling man with great anger. How dare he insult his men? Tutut oll d'jum, indeed. Would the man insult him? He hoped he would; he would enjoy killing him himself. But as the man jabbered and no insults came, the chief's mood softened. Perhaps his men were mistaken. This ignorant fool did not speak the tribe's language. Maybe it would be best to send him on his way unharmed. Then the man astonished the chief by looking at the women preparing to boil him alive and smiling! That settled it. The man was obviously an idiot, probably diseased. He should be taken far away, immediately.

The chief signaled to his attendants. He bade his warriors pick up the man and take him back to his own people.


* * *
Horace was disappointed when the warriors began to lead him to the gate of the village. The chief accompanied him. Somehow, Horace seemed to understand that he was going to be led back to civilization. He was glad, but when he saw the village women putting away their cooking pots and looking wistfully at him, his chivalrous heart was moved.

He appealed to the chief, chiding him for disappointing the women. "Tut tut," he said, "old chum."


________________________
You might also like "Tarzan's Rule"
I wrote this little story after reading four wonderful Tarzan books on Kindle. What wonderful adventures. Edgar Rice Burroughs never misses a chance to make upper-crust Europeans look like dingbats. I especially enjoyed my reading experience because I have a wonderful hand-made protective hard Kindle case. Would you like one too? Visit me at chrishugh.etsy.com and it shall be yours! 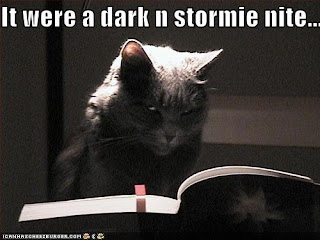 Dirty Angel
It was wrong, but he had to see her. His dirty angel, so cold, so young and old. She lay waiting for him, never speaking and he couldn't get her out of his mind. At last he resolved to uncover all her secrets, toss aside all the dirt that separated them, see her face at last.


He chose a cold night, with the moon just a sliver and fog coming up off the ground. He stared at the marble angel that marked where she slept. It was weathered by the years, dirty and neglected. Then he picked up his shovel. Pin It Now!
0 comments

"Diseased Imaginings" is coming out soon

Here's what I'm thinking of using for the cover art: 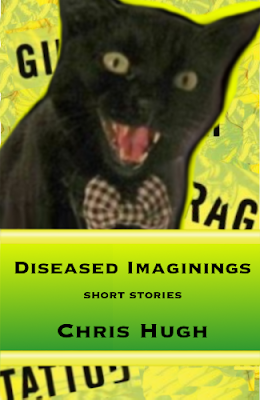 A broad selection of milk-squirtingly funny stories, from the Bride of Frankenstein demolishing the set of Dancing with the Stars to cats who barf and save their owners' love lives. Over forty stories, many of them never published before. 67,000 words. Pin It Now!
0 comments 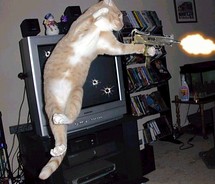 So my mother and I are walking down University Avenue in downtown. We leave the Apple Store and go to the AT&T store across the street.

"I really miss Palo Alto," Mom says. "There are so many businesses here, you can get anything." She moved away a few years ago after she retired. I'm not that familiar with her new town.

We walk along for a bit.

"Wait a second," I say. "You have a cell phone store in Fairfield. I remember watching the shootout on YouTube." http://www.acmebail.com/blog/index.php/2010/08/19/bail-hearing-for-cell-phone-store-robbers Pin It Now!
0 comments 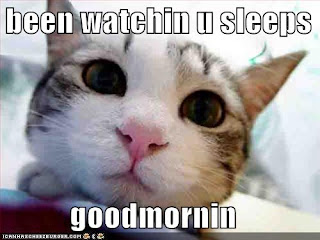 Then she slept. Pin It Now!
0 comments