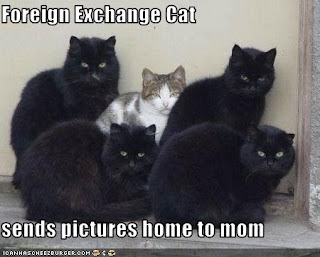 MacDairmid's
Libby took another snapshot and didn't see her guide roll his eyes.

"Oh, what history," she gushed, gazing up and down the deserted street that passed for downtown. Every building was made of the same dusty yellow clay. Not a single plant or breath of wind marred the absolute aridness of the scene. "What charm!"

They turned a corner and Libby stopped short. An old woman was laboring in front of a primitive oven, just a mound of yellow earth, hard-packed and discolored. The sun glared through the heat distortion. A crude plaque proclaimed the narrow space between buildings to be MacDiarmid's Bakery, established, 366 B.C.

"I can't believe it. We just don't have heritage like this in America."

Aron made a wry face that Libby didn't notice.

"I want to buy some bread. It must be so healthy and natural."

"And look, she's using cow manure as fuel for the oven. How environmentally aware. There really is wisdom to be found here. We could learn a lot from your culture."

The old woman was on her knees, fishing loaves out of the oven with her hands. She spoke without looking at them. "Aron's family has been buying here for generations."

Libby was charmed by the long tradition.

The woman stood up. "Hurry up and buy," she snapped. She quickly formed another cow patty, tossed it in the fire, then picked up a loaf. "Your family's been buying bread here since the Norman Conquest in 1066."

"And we haven't eaten it since Robert Koch discovered pathogens in 1890, old hag," Aron said, throwing some coins at the woman's feet. She beamed him with the red-hot loaf as they walked away. Libby picked it up with a handkerchief.

"One of the interesting things about this town," Aron said, rubbing the back of his head, "is that MacDiarmid's bakery is so ancient, the cats and rats have reached a sort of detente. The cats no longer hunt the rats."

Libby sighed and smiled. "Why, that could be a model for world peace!"

Aron looked at her. "Yes," he said thoughtfully as he turned away. "The rats gather their least favored and sacrifice them to the cats."

Libby bit her lip and walked in silence while Aron indicated other points of interest.

Later, she noticed several large, graceful figures circling in the blue-white sky. She motioned with the bread in her hands. "Let's go give this to the birds."

Aron shrugged. They walked to the open air cemetery and fed the vultures. Pin It Now!
0 comments 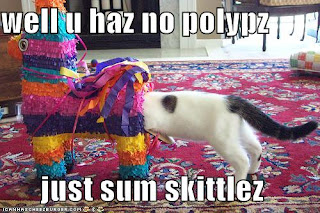 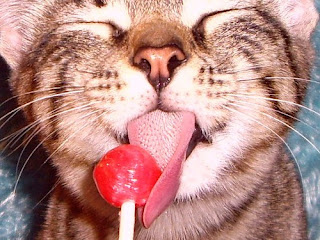 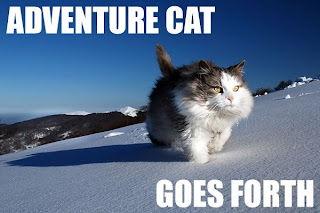 Blondhilda the Cat: a tandem story

This is a tandem story. My writing buddy Anchorite wrote the first line, and then I wrote some and then he wrote some and so on. It's ongoing and just for fun. It might or not make sense. This story features my two cats, who have been in many of my stories, as well as a certain warrior goddess....the newest parts are in black

After solving the mystery of the Silver Falcon and returning the priceless heirloom to its rightful owner, Mr. Kitten and Twitch took a walk through the park.

"Well, I'm glad we brought that to a satisfactory conclusion," Mr. Kitten said, taking a moment to smooth his rich black fur before continuing their promenade.


Twitch jumped in the air and batted a piece of dust. "I always get my bird!"


"I believe it was a joint effort." Mr. Kitten gave his companion a sidelong glance. "And, incidentally, your squeaky toy is not a bird."
Pin It Now!
Read more »
1 comments