The Anchorite wrote this story in answer to my request to write a story featuring two lesbian goddess, one good, one evil, who fought over the fate of mankind, but who had much more in common with each other than with any mortal.
This is the second installment. So far, the Zobulian Tarnas has raped and murdered the goddess Tirala's daughter, and Tirala has punished Zobul with pestilence, drought, and all the usual. It's a pretty serious story. Until I come in at the end. It's not a pornographic story, but it has some serious adult themes, so don't read it to your kids before bed. Or do. I'm sure they hear worse at school.

The text in bold is me, the regular text is the Anchorite. 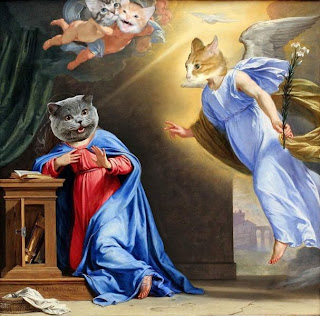 Tirala strode through the once-fertile plains of Zobul with a single-minded purpose towards a nondescript farm a few leagues away from a small village. She found him standing in the middle of a barren field when she arrived. He stood erect with his hat held in his hands as a gentleman’s respectful gesture. Tirala’s senses enhanced beyond any mortal’s perceived his struggle to maintain his dignity and composure standing against her divine status and solemn mission. She was impressed by his demeanor as most who faced the goddess’s judgment met her with sobbing pleas as pathetic as they were ineffective before she killed them. Tirala removed the scale with one hand and pointed an accusatory finger with the other.

“Tarnas of Zobul, your judgment is at hand for the rape and murder of Korana, beloved daughter of Zobul’s harvest goddess. Your crime alone is enough to warrant the harshest judgment, but your actions also drove Beruda into such grief that she abandoned this land and has disappeared beyond the ken of all eyes mortal and divine. You have sentenced your homeland to a slow, painful wasting death. Have you anything to say in your defense, mortal?”