The Bulb
Darkness, then a click. A high-pitched whine starts at the edge of my hearing as the dim orange light seeps down from the ceiling. Dim disorientation. Two flickers -- out of sync -- pulsc overhead, then brilliance flashes through the hall. But the glare remains steady, like the moment captured in a flashbulb, but prolonged unbearably, unimaginably, a ghastly, glaring yellow-green like the light yawning from a cold, antiseptic, artificial vision of hell. The high-pitched whine burns its way into my consciousness, endless, unchanging, implacable, erasing all thought, all hope.


These new compact fluorescent bulbs are going back to Amazon. Pin It Now!
0 comments

With This Ring I Thee Wed

With This Ring, I Thee Wed
by Christina Hugh

Caitlin couldn't help herself. "This is supposed to be the happiest day of my life. I can't believe this!" She held a tissue to her eyes.

Her mother smoothed her hair and kissed her forehead. "You look beautiful. And this *is* the happiest day of your life. The gardeners will start looking for the ring right after the ceremony. They'll rent some metal detectors if they need to. Anyway, you know Rob couldn't have put that ring on your finger; it needed to be sized."

Caitlin looked down at her thin hands. "If we can just get the ring past my knuckle, it'll be fine. Of course, I won't be able to take it off anymore, but I won't want to anyway." Caitlin hugged her mom. "Oh well, I guess the real ring ceremony will be at the bathroom sink with a bar of soap. But poor Tommy. He must feel terrible about losing it. I shouldn't have had a four-year-old be the ring bearer. What's wrong with me?"
Pin It Now!
Read more »
0 comments

The first victim from A Mr. Kitten Murder Mystery speaks.... 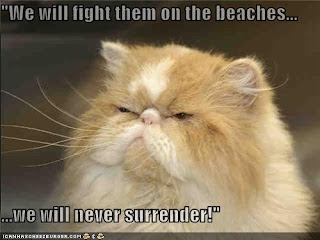 I'm Winston Churchill the parrot. You've probably never heard a parrot, unless you've heard one of us "in person". So to speak. On TV and radio and so forth, they always have a human voice actor do the parrot voice, so that it'll sound more like what people expect. Our actual voices sound exactly human. Or exactly whatever. I can also do a mean imitation of the microwave and the smoke detector. That's why they don't keep me in the kitchen anymore. I can do the doorbell, too, and the telephone, police sirens, the works. I'm a pretty fun companion, especially in the middle of the night.

Today I'm hanging out in the conservatory, out of my cage. Madeleine--who pretends to like me, but doesn't--has brought in a box of chocolates. She probably wants to tempt Helen, the poor dear; chocolate is her only vice. Madeleine, however, to quote my namesake, has all the virtues I dislike and none of the vices I admire. Good. Helen steps out of the room without noticing the chocolates; it's just me and the Captain here now. I decide to help her by helping myself.
Pin It Now!
Read more »
0 comments

First, our crazy parrot dies and I'm blamed just because I'm a cat and I've got a few feathers in my mouth. Next, the family lawyer drops dead during dinner. At least I'm not blamed for that, but I start to get suspicious. When someone drops a safe on my owner's head, and she's only saved because she slips on a well-placed hairball left by yours truly, I decide I need to catch a killer on the loose. Pin It Now!
0 comments

Sparkle Threw Us Together

Sparkle Threw Us Together
by Christina Hugh

Caitlin Foster was worried; her cat Sparkle hadn’t eaten in the last two days. She’d read in a book that baby food would always tempt a cat with a poor appetite, so she ducked into the grocery store on her way home from her new job.

She didn’t recognize anyone in the store. Were there really that many new people in town? The store had been remodeled and expanded, like much of the town. Caitlin had been away for ten years, ever since her high school graduation. All the newness made her uncomfortable, but she loved the little town and she loved her new job as the town newspaper’s editor. Even though she’d come home, she felt like she was starting over.
Pin It Now!
Read more »
0 comments

The little butterball lawyer whimpered and I laughed. I had her arms behind her back, in a painful lock that made her stand on the tips of her overpriced shoes to keep from dislocating her shoulder.

"You got her?" Poppy called. Was he kidding? I smiled and made the lawyer whimper again. She'd done a bit too much investigating at her law firm, uncovered some shady dealings. It seemed like she was gonna go to the cops. It was a career limiting move.

"I think so. You guys go ahead and take off. I'll meet you later."

"Don't lose your keys out there, man. You could die."
Pin It Now!
Read more »
0 comments 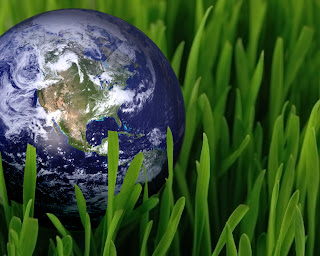 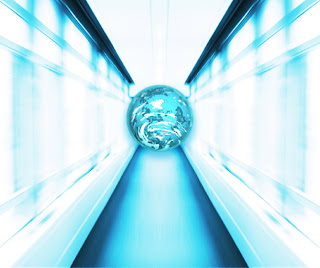 "But, but these are red shirts," Mwangi said.
Pin It Now!
Read more »
0 comments

My assignment was to write a story where a character finds meaning in his or her life. I wanted to make this sweet and meaningful, but it turned out as just about the coldest thing I've ever written.


Sue Buys Vitamins
Sue shut her books. She wanted to study for a promotion at work, but just couldn't get motivated. Lonely and depressed, she went to the drug store and bought cigarettes, candy, a movie, Jack Daniels and something to answer a question that had been bothering her for the last few days.


When she got home, she went into to the bathroom with one of her purchases.

When she got out, everything had changed. She gathered all her remaining purchases and set out her study books again before going back to the drugstore.

She returned her purchases and bought prenatal vitamins.

"With pleasure," Commander Xlutu8 replied. As soon as the World Cup match ended, he’d press the button and obliterate the planet. He watched the monitor...just a few seconds now...almost...No! A fumble! Holy Zarquon!

Xlutu8 slammed his pseudopod against the control panel, unaware he had just jettisoned all his craft’s fuel. Still cursing the players, he slammed back into his chair, accidentally ejecting himself into space. He froze before he had time to asphyxiate.

The soccer team had lost the match, but saved the world.

The Americans, of course. Pin It Now!

She looked deeply into her husband's eyes. They’d had a big fight, but they’d reached a turning point. Peace had reigned for two weeks, three days, five hours and thirteen minutes.

Maybe she'd been harsh, but PMS was like that. She wasn't responsible for her actions. Anyway, everything was better now.

Did his eyes hold a look of reproach? She fisted her hands and narrowed her eyes. She twisted up her mouth and a bitter word almost escaped, but then she took a deep breath. Relaxed. She smiled indulgently, even blew him a kiss. It was just her imagination. No need to ruin a beautiful moment.

Some people might disagree with the measures she'd taken --even argue that her behavior was unfeminine--but no one could disagree that those measures were effective.

Of course, there was give and take, push and pull, no free lunch. On the one hand, things were peaceful and happy. On the other, he wasn’t quite as handsome these last couple weeks, and she didn't like the way he never looked her straight in the eye anymore.

She swirled the jar, but his eyes just got more loopy.

She put them back in the cabinet. Pin It Now! 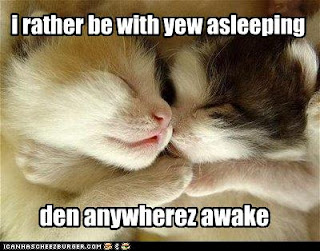 
The woman smiled in her sleep as the cat nuzzled her. Forehead-to-forehead with the silken beast, she dreamed of running free. A stunning pursuit—-then sudden victory!-—her enemy staggering back, dripping from the ragged slashes on his face. She gloated and licked the blood from her claws.


The clock ticked.
Mr. Kitten dreamed he went to his final exams naked.

The Legend of Blondhilda Story V:

Mr. Kitten in Valhalla
by Chris Hugh
Oroka thumped her elbow on her desk, propped her head on her hand, turned to her best friend Nakama and announced, "I'm bored."
Suddenly a Ninja burst into the classroom. The girls turned toward him sleepily as he waved his single-edge curved katana sword in a fiery blur. Oroka and Nakama rolled their eyes and Nakama smacked her gum. After a few seconds she caught Oroka's eye and used her chin to point at the Ninja, who was poised to behead Oroka's boyfriend, Taikutsu. With a sigh, Oroka used her fingernail to flick one of her magical sushi-shaped pencil erasers at the intruder. As soon as it touched him, he turned into a cute, plush toy and ran out of the room screaming something about hara-kiri.


The two girls giggled. "So, why are you bored?" Nakama asked as Oroka dispatched the next two Ninjas with a rubber Ebi and Tekka Maki.


"I don't want to be a magical Manga girlfriend anymore," Oroka whispered, looking sidelong at her boyfriend, Taikutsu, who was surreptitiously cleaning the puddle under his desk.


She gathered up her pet, Mr. Kitten, as he walked in carrying a small, black, vaguely pineapple-shaped object he'd stolen from somewhere. An evil-looking man in camouflage jumped into the classroom with a vicious look on his face. He snorted smugly, uttered a threat and reached for his belt. Then he patted around and looked down. He blinked a few times, muttered an apology for the intrusion and backed out of the room. Oroka hugged Mr. Kitten and slid the grenade into her pink plaid backpack.