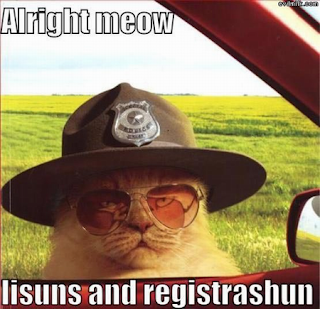 I woke up with the police breaking down my door. For someone else, that might seem like a problem, but not for me. I see problems as opportunities. In this case, I took the opportunity for a bit of exercise. I did a quick set of pull-ups (okay, just one pull-up) at the bathroom window, then went for an early morning run. I learned something about myself today too, and isn't that what life is all about? Learning and appreciating your own strengths and weaknesses? Today I learned that I'm a slow runner, but I can really take a punch. Pin It Now!
1 comments

Email ThisBlogThis!Share to TwitterShare to FacebookShare to Pinterest
A short, dark tale with a twist for an ending and a moral, too. Sort of. 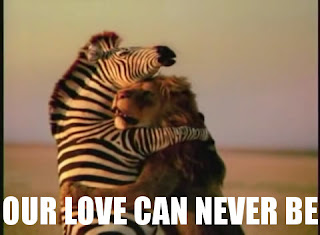 Not Water for Elephants
by Chris Hugh

The golden sun beating down on the dry grasses, the acrid wind coming over the savannah, carrying with it a scent that speaks to something deep within every human, the breath of this world of gold and pale brown, the ancestral home of all of us, Africa. And all that darn kid can do is tease the elephants.
He’s around 20, on a vacation from college, I guess. ‘Thinks he knows everything. Just like I used to, a long time ago, back when I was tall, handsome and able to walk. “That bull isn’t Babar,” the guide calls. “This isn’t The Lion King, asshole.”
I shift a bit in my wheelchair and raise my eyebrows at his language, but the guide grins at me, and I have to shrug. The kid really is an asshole.
The bull elephant finally takes notice of him. It’s taken some doing, but the idiot has managed to anger seven tons of testosterone-fueled elephant. The bull charges and he runs. I guess he didn’t know elephants could go fifteen miles an hour, but he’s pretty fast too.
But he’s running toward us.
100 feet away, the elephant is closing on the man, and the man is closing on us.
The guide calmly picks up his elephant gun. Mwangi glances at him and spits out the side of his mouth. “Bwana, dude, Nduo's too big. You might kill him, but he'll trample you before falls down.” Then he saunters off, but the tourists are panicked, frozen in place, watching the guide take careful aim, and I can’t get my chair to move.
I flinch from the shot, we all do. Ears ringing, the other tourists look back over the dusty grass and see that the elephant has got the man, but I’m the only one who watched him fall. Thirty feet away, there’s not much left of him, and the bull’s anger has evaporated. He examines the remains casually with his trunk, then wanders away.
The others walk to the body and stare down at it. Mwangi stares after the elephant. “Bwana, there is no blood trail,” I hear him say. “You missed the elephant.”
The guide shrugs and starts herding the tourists back to the bus.
He wasn’t aiming at the elephant.
Pin It Now!
0 comments