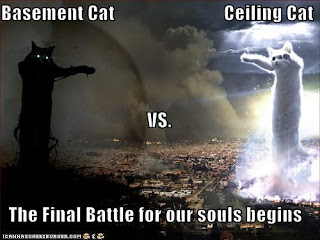 Part 1: The Apricot Princess
by Anchorite

The Apricot Kingdom was known all around the world for its fruits, most of all for the delicious and juicy apricots that gave the land its name. The wise old king watered every tree in the orchard and picked every apricot himself at harvest time. He collected baskets full of apricots to hand out to the poor and hungry all across the kingdom at the Harvest Festival. It was a tradition to show how much the king cared for his people, and the people in turn loved their kind and generous ruler.

The King decided this year that his daughter the Apricot Princess was old enough to carry on the tradition like a proper, responsible adult. He tasked her with watering the trees, pulling weeds, shooing away bugs, and finally collecting the apricots for the Harvest Festival. The Princess cried and pouted in protest, but she wanted to be Queen someday so she had to do her duty even if it was too much hard, boring work under the long sun.

The Apricot Princess hated having to care for the orchard when she had a castle full of servants. She asked her father why not just have them do it, but the King just shook his head and told her that she had to take on the responsibility for herself. She was, however, a princess and she had better things to do. She went off to play with her friends, ride her pony, and even spend time with the cute Sugar Plum Prince when the royal family from the neighboring kingdom came to visit. The Princess had so much fun that she soon enough forgot that she even had to take care of the apricots.

The apricot trees dried up, most of the apricots withered on the trees, the bugs ate the few sweet fruits that survived, and the weeds grew as high as an adult’s waist. The Princess neglected her duty as the orchard died and the baskets lay empty at harvest time. With the Harvest Festival rapidly approaching, the Apricot Princess panicked when she realized what she had done.

She begged her father for help through her guilt-ridden tears, but the King sadly shook his head. He told her that he thought she was ready, but he had misjudged and perhaps failed in properly raising her. They could replant the orchard and perhaps have a few apricots for next year’s harvest, but for the first time in history the kingdom’s poor and hungry would not eat apricots from the royal orchard. She stopped crying long enough to ask him what she was supposed to do at the Harvest Festival to make it right. The King replied that all she could do was look each and every person at the festival in the eye and explain to them why there would not be any apricots this year.

Apricot Princess cried and cried. Her people were gathering for the Apricot Festival upon the borders of the Kingdom, but there would be no apricots. It was all her fault. Her father told her that she would have to look each of his subjects in the eye and explain that she was a spoiled, derelict, irresponsible and uncaring girl and that was why there would be no apricots for the Apricot Festival.

The Queendom bordering the Kingdom was also holding a festival that day. Already, the Apricot Princess could see the simple craftspeople, the potters, the enamellists, and the purveyor's of clay gathering for the Pot Festival. The Apricot Princess could see the Queen's son. She had always called him Pit Boy, as a reference to the pit being the useless part of an Apricot, but his real title was the Stone Prince. Stone Prince looked at her. He knew her shame and felt bad for her. He looked out at the sky and remembered the past year.


* * *
When winter came, the Stone Prince tended to his plants in preparation for the Festival. Apricot Princess asked if he wanted to play video games, but he could not because he was busy attending to his sacred duty growing the crop for his people's yearly festival. Apricot Princess stomped out of his dungeon growing area. Stone Prince sighed and returned to doing preventive maintenance on his Glowing Globes of Growingness.

When spring came, Apricot complained that weeds grew waist high among her apricot trees. She saw that no weeds grew in Stone Prince's underground fields. He tried to explain his special system, but she told him that she was too important to bother her head about technology. Apricot Princess flounced out of the room. Stone Prince signed and went back to checking the water lines in his hydroponic system.

When summer came, there were no apricots on the trees in the Kingdom, while Stone Prince had already reaped and dried three harvests of his own crop. Apricot complained that her servants should be the ones doing the work among her apricots. Stone Prince said that he preferred to work alone because servants sometimes stole some of his precious crop; he had had to discipline two wayward thieves that very morning. Apricot Princess looked around. Then she carefully turned out her empty pockets and showed them to Stone Prince before backing out of the room. Stone Prince sighed and continued cleaning up the blood spatter.


* * *
Now it was autumn, harvest time, and time for the festival. Stone Prince could see that the Apricot Princess had nothing. He felt sorry for her as he loaded his wagon with goods for the Pot Festival. He decided to ride by the border between the two lands and give the Apricot Princess a gift. On his way to the border, he passed by his orchards. Like the Apricot Princess, he too had spent little time tending the apricot trees. He had merely sprayed them with pesticide and turned on his automatic irrigation system. Now his apricots were plump, juicy and numerous. He had his crew of temporary workers fill a cart with them and attach it to his wagon. He picked a single lemon and laid it beside a pitcher of warm honeyed water. Then he visited Apricot.

"Hello, Stone Prince." The Apricot Princess could see the many, many apricots and she felt happy and hopeful. "I think your festival is going to be wonderful. I'm looking forward to listening to the sweet strains of Kyuss, Queens of the Stone Age, Monster Manic and Phish."

"Oh, Apricot, I know you like Paris Hilton, Kei$ha, Miley Cyrus and Kathlee. You don't need to put on a brave face for me. I know you have been ordered to apologize to each and every one of your father's subjects. I feel very bad for you and I want to help."

"You do? You're going to give me those apricots to distribute to my people?"

"Huh?" He looked at the apricots blankly. "No, no. Those are for my people at the Pot Festival. They often crave food once the festivities begin. No, I brought this for you." He squeezed some of the lemon into the pitcher of warm honeyed water and handed it to her. "After all the apologizing you're going to do, this should ease your throat." Pin It Now!